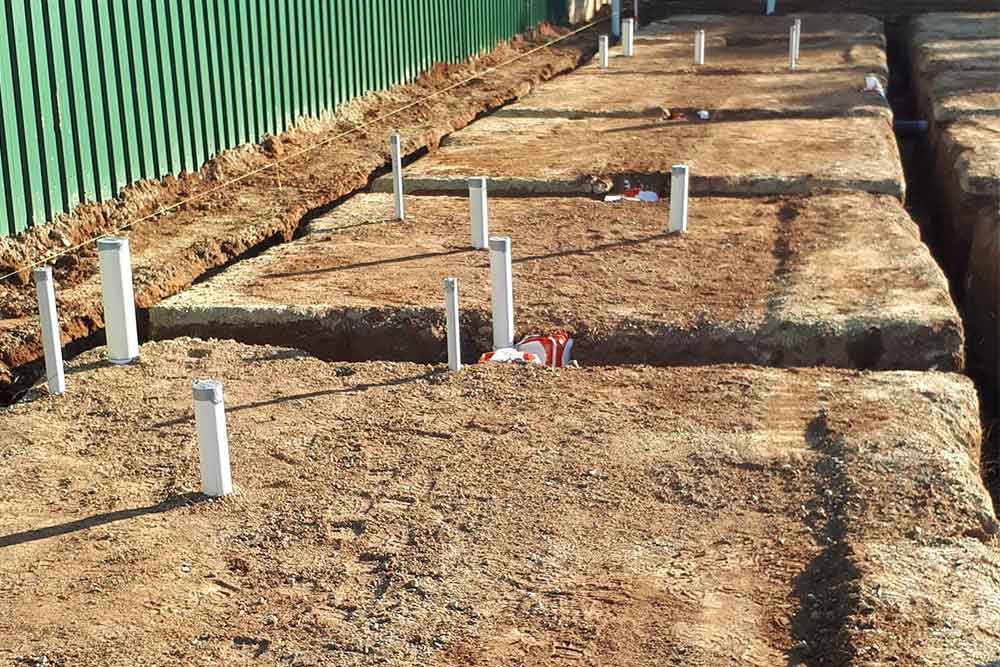 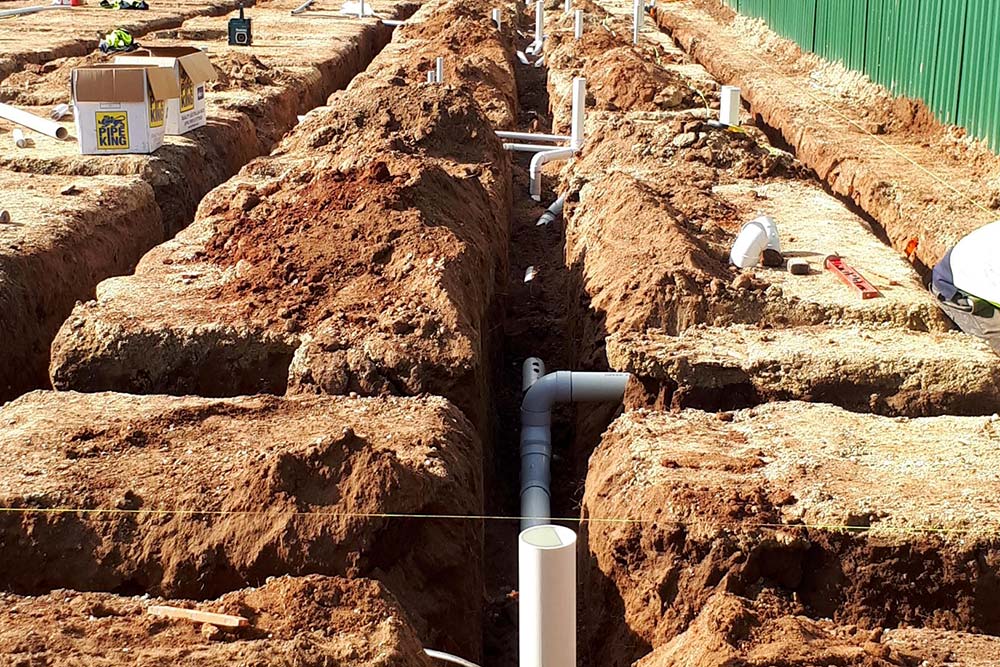 2 - Underfloor and sewer drain in 100mm pipe in progress 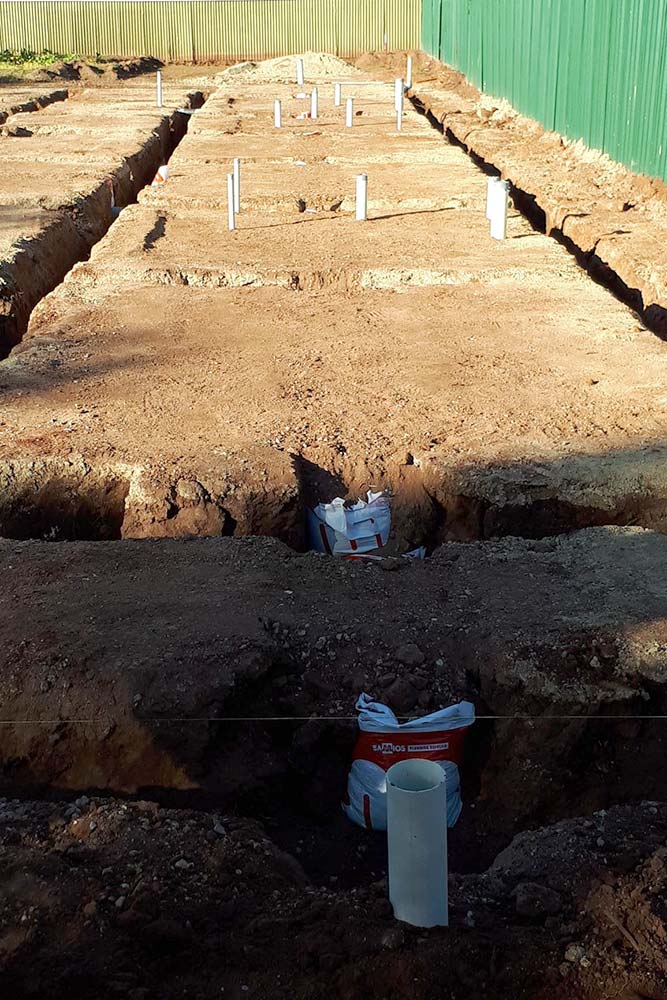 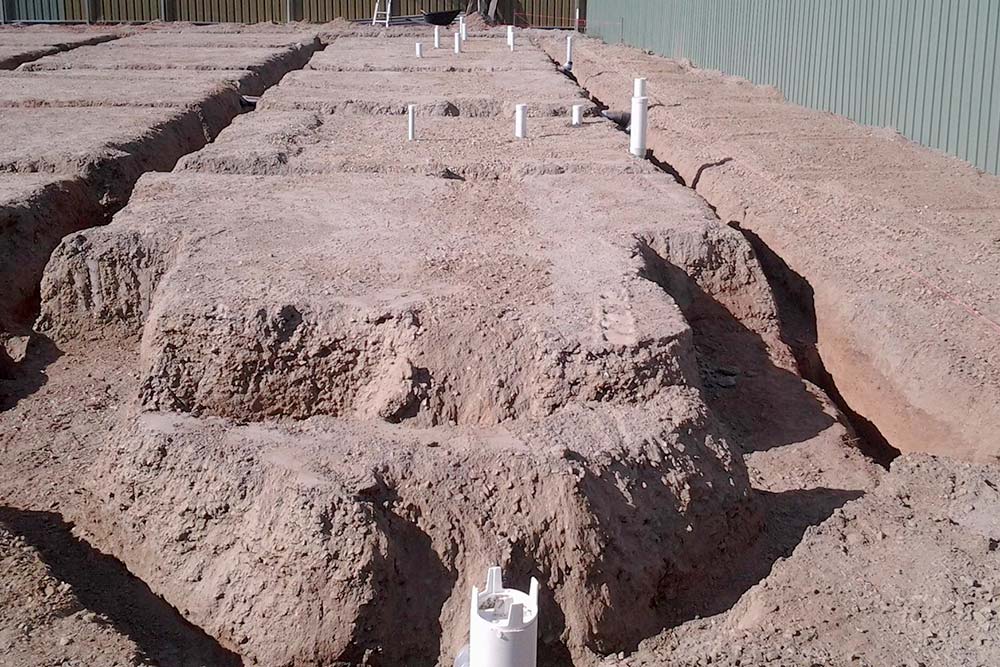 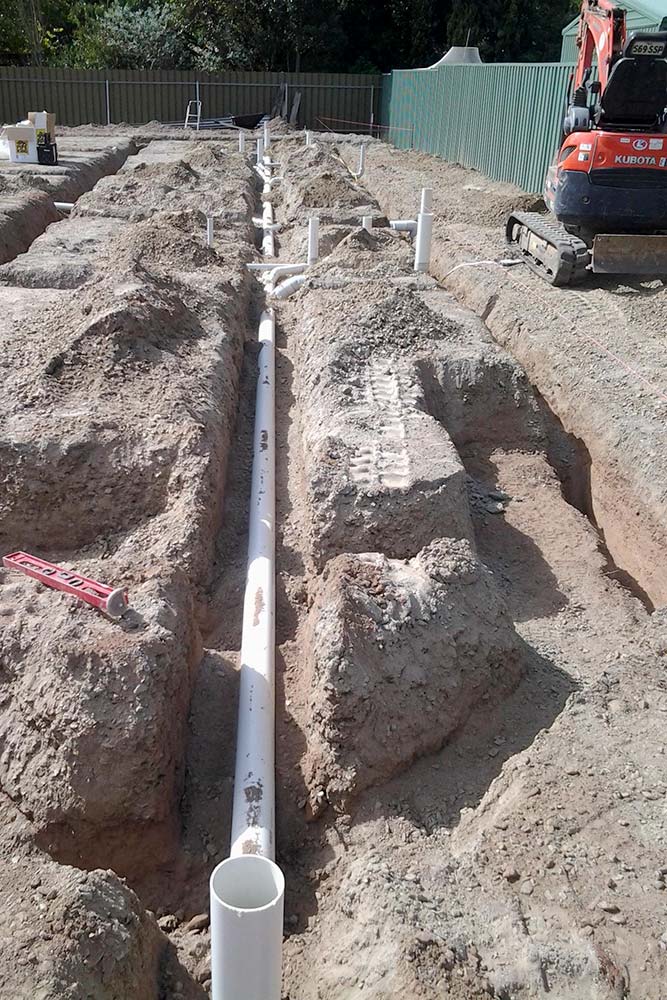 5 - Progress of an Underfloor and sewer drain in 100mm pipe

With everything from tight access to larger machines, our Sewer Drainage jobs range from small to large. While we can go around them, we never cut corners, especially when it comes to sewage!

When you think of the 'sewer' most people think of the smelly stuff that gets flushed down the toilet and goes to the sewage plant to be treated, and that is part of the sewer system of your house. But it's not the whole story - It also includes the water that comes from your sinks in the kitchen and bathrooms, showers and bathtub, and the laundry.

Where does sewage go?
All this water that goes down the pipe that you see under the sink, goes under the house in a network of pipes that goes out to the main sewer pipe to be taken away to the treatment plant. Most houses have a sewer connection on their property that connects to the main sewer line, but some houses have a septic tank, which is like having your own sewer plant on your property.

'Underfloor' and 'Sewer Drains' Compliance
The pipe work that is under your house foundations is the called the 'underfloor', and the pipe that comes out from the underfloor to the connection point is the 'sewer drain', and these two things are very important to get done right because once completed, they get covered up with a house! Once your house is there it's hard to fix anything under it. Due to this reason all underfloors and sewer drains get booked in with the regulatory body called the OTR (not the service stations) but The Office of The Technical Regulator in Plumbing. Only licensed plumbers and drain layers can book these in, as they are issued with Certificates of Compliance once they pass an inspection by the OTR. You should always get a copy of your Certificates of Compliance from the plumber or drainer that did the work, so ask for one.

Inspection openings (IOs) allow access to the inside of the pipe so that blockages can be cleared.
IOs are usually placed in the pipe where it comes out of the building, where the pipe changes direction, or at regular points in a straight length of pipe no more than 30m. One is also placed just before the septic tank if there is one.  If there is a problem with the plumbing and the pipes get blocked these IOs must be found. IOs are usually marked on the plumbing plan for the building.

Trap Water Seals
Nearly all sewer pipes and fixtures in a building will have a trap water seal. These seals are very important as they stop the gases which form in sewer pipes from coming into the building. The gases escape through a vent which usually goes through the roof.

Disconnector Traps
The disconnector trap (DT) is a pipe coming out of the ground which is sealed off with a grate to stop rubbish getting into it.  It is a very important pipe as it allows the wastewater to escape if the plumbing system gets blocked. It is always found outside the house, so that any overflow water would be released outside the building.

Call us today to discuss your next project with SMT and a *FREE quote!

AFTER HOURS? EMAIL US